Here is how to disassemble an Amazon Kindle courtesy of Igor Skochinsky. See His Blog. 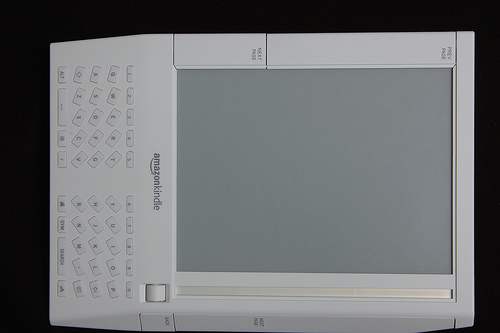 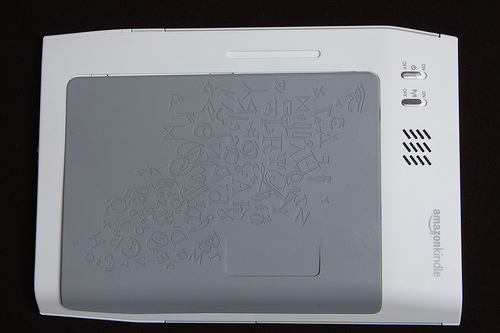 Remove the rubberized battery/card slot cover. Make sure the power switch is in off position. 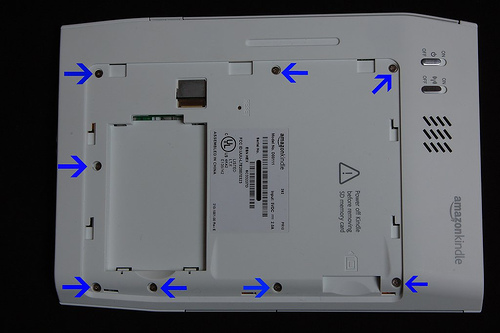 To remove the battery push it a bit leftwards (upwards on the photo) and pull up the right edge. Then wiggle it a bit while pulling to disconnect the plug. Remove eight marked screws. Then open the case. There are four latches on top, four on bottom and one on each side, below the page turn buttons. I found it easier to start opening from the top. See next photo for location of the latches.

Do not remove the black cover shown in the image. 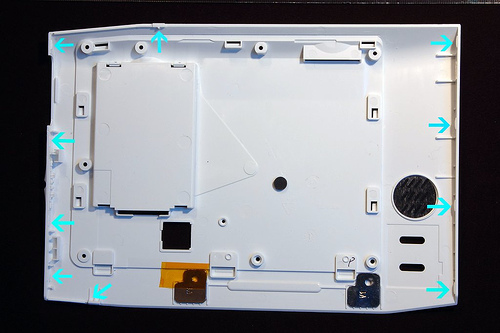 Back cover detached. Latches are marked. 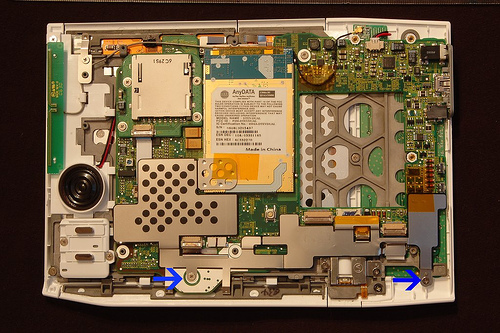 The shield is attached with two screws and two pieces of tape. First remove the screws then lift the shield and pull upwards to peel off the tape. Do not pull too hard as the shield bends pretty easily. 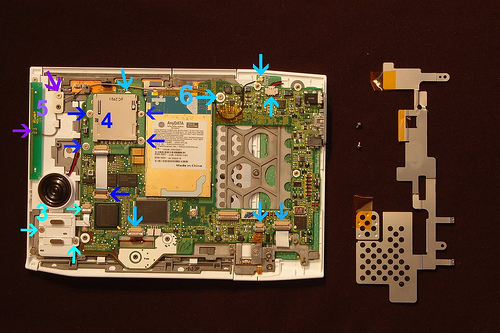 The power/wireless switch panel is attached by two screws and a flat flex cable. Lift the lid of the ZIF connector to release the cable.

I also marked the screws and connectors for next steps because I forgot to take overview pictures for those. 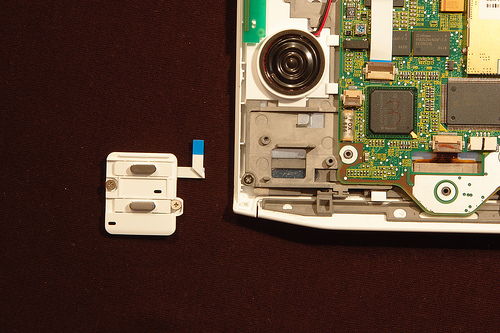 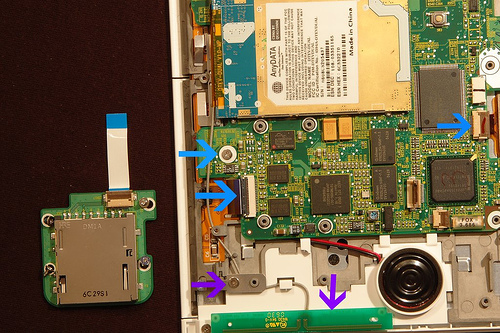 6. (see Step 3 photo for locations) Flip up all remaining ZIF connectors and pull out the flat cables. Be very careful with the one connecting to the screen (around center on this photo) - it's very thin and breaks easily, so try to apply force against some length of it and not a single point. Disconnect the speaker connector and the other antenna wire (just pull the copper cap upwards). Then remove the two remaining screws and you can take out the board. When reassembling, make sure you insert the flat cables all the way in. Consult the photos to check; e.g. note how the white line on the screen cable comes up almost to the connector. 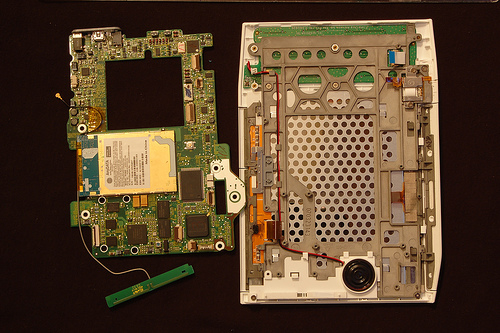 The board is out. I didn't go further as I didn't really need access to the E-Ink screen or PNLCD.