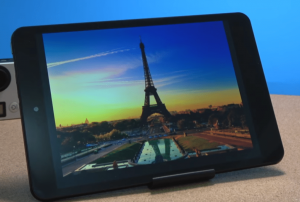 The FNF iFive Mini 4S is a new product from a new company. It is an inexpensive tablet with a screen that mimics an iPad mini.

The main selling point of this tablet is the 7.9 inch screen that has a resolution of 2048 x 1536, which is a great resolution at a price that is below $150. It is well built. This is from FNF a brand new company.